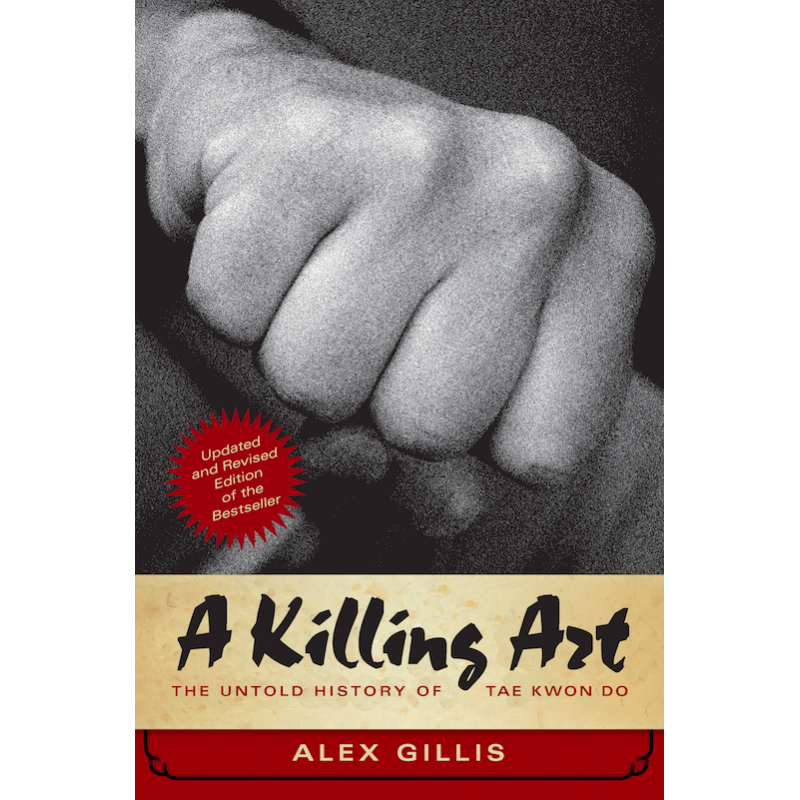 LIBRO : A Killing Art. The untold history of Tae Kwon Do

A Killing Art: The Untold History of Tae Kwon Do is a nonfiction (signed-copy version) book by Alex Gillis that takes readers into the dynasties of two founders of the martial art: Choi Hong-Hi, who named the art, and his nemesis, Kim Un-Yong, who developed the Olympic style and became a powerful man in international sports. The story follows Choi from a 1938 poker game (where he fought for his life), to high-class geisha houses (where the art was named) and into the Vietnam War (where the martial art evolved into a killing art).

In the late 1960s and early 1970s, Korean secret services and dictatorships dominated large parts of the sport. Full-blown assassination attempts didn’t take place until the 1980s, and limitless corruption and gangsterism blossomed in the 1990s and the 2000s. Looking at the art’s history and the driven pioneers who created it, you could say that Tae Kwon Do is a martial art for the twenty-first century, an art of merciless techniques, indomitable men and justice pumped on steroids.